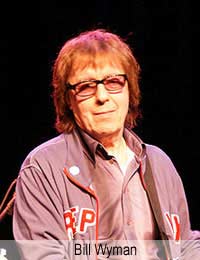 Putting together a music memorabilia collection is a labour of love. It takes a long time to assemble – mine certainly did. Over the years I’d put together bits and pieces. I’d never even considered it as a collection until I stepped back to look at it.

It was made up of items like autographs I’d acquired at gigs, music magazines, promotional items, and all kinds of little oddities. As a music journalist I’d been luckier than most people; I received things that the general public would never see.

In 2005 I decided to move back to the UK after living in the United States for almost 30 years. Moving everything I owned was impossible, since the cost would be too high. So I faced some serious decisions. Among those was what to do with my collection of memorabilia.

The other big question was what about my CDs? I owned about 5,000 of them. That proved to be quite simple. I ripped them onto my computer, then onto portable hard drives, and sold most of the CDs to a local shop. Not only did that mean my music was portable, it also gave me several thousand extra dollars.

I didn’t have a huge collection of memorabilia, and certainly no highly valuable items that would require an auction house. There were some rare CDs, including one by singer-songwriter Sandy Denny that had been withdrawn the same day it was issued. Additionally, I owned a signed print of an album covering from former Rolling Stones bassist Billy Wyman, a couple of platinum discs (given as gifts, not earned!), and a complete collection of Mojo magazines. The other small promotional items were small, and made good gifts for friends I’d be leaving behind.

The obvious way to sell these items was via an Internet auction site. They could all be sent through the mail after the auction, and the fees for the sale and for listing were quite reasonable. They’d all be likely to sell quickly, which was a consideration, since I had a departure date.

So each of the items was listed. In some cases I wouldn’t particularly miss them, although I had enjoyed showing visitors my platinum discs (which in truth weren’t platinum at all, just CDs that had been sprayed and mounted, with a plaque). To my surprise, I kept a very close eye on the bidding, quite eager to see how much each item would fetch as bidding continued.

The biggest surprise by was Bill Wyman print, which eventually went for $90, far more than I’d anticipated. The Mojo collection brought over $300, close to what I’d anticipated, since it was complete.

I’d hoped for more than $118 from the Sandy Denny CD, which was a truly rare item. It had only been produced in a very limited quantity to start, and its hasty withdrawal from sale made it highly desirable (I’d ripped the music onto my hard drive first).

Add in some other small things, and my years of collecting amounted to a return of about $600, hardly a fortune. Still, I hadn’t put it together as an investment. These were simply items I’d enjoyed, or been given. The only expense among them had been the magazines; everything else had come via work. In those terms there was a lot of profit.

For the most part I don’t miss my memorabilia collection. I’m still a music journalist, so CDs and the odd few others things come my way. I live in a smaller place now, and there’s no room for much besides CDs. Perhaps that’s a good thing, really.