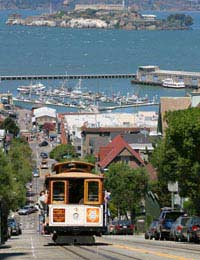 San Francisco in 1966 and 1967 was a magical place, with new music in the air as bands like the Grateful Dead, Jefferson Airplane and Country Joe and the Fish emerged, along with new venues as the hippie vibe hung heavy in the air.

It was a time that helped change the course of rock music, and it’s quite rightly celebrated. There are those on both sides of the Atlantic who revere the period and collect artefacts not only of the time, but of the people who made the music then.

Memorabilia for the San Francisco bands does come up for sale periodically, but – perhaps surprisingly – there’s not a great deal of it. It’s actually much easier to find posters advertising gigs at places like the Fillmore West or the Carousel Ballroom. In fact, there’s a large market for San Francisco poster art for the period, and some of it goes for exceptional prices when in very good or near mint condition.

For a number of years, Jefferson Airplane was one of the two major SF names. Changing personnel (and finally becoming Jefferson Starship) changed that status. But items from the early days, most particularly up to 1970, are desirable – and actually often surprisingly cheap, all things considered. You can buy a 1970 concert ticket for a hair over £25, or a signed copy of the Volunteers LP for £180. A 1967 concert programme in mint condition was sold by one dealer for £60, and even previously unseen contact photo sheets from 1970 only brought a bit more than £150.

Interestingly, a 1990s guitar signed by members of the classic line up, and priced at £2,200, has failed to sell, indicating that the market in Airplane memorabilia is weighted far more towards the lower end.

Because of their longevity (the group lasted until 1995), and the fact that they had such a distinctive guitar hero in the late Jerry Garcia, the Dead are by far the most collectable of the San Francisco bands.

There’s plenty of Grateful Dead related material available, such as the teddy bear or skeleton stickers and reproduction tee shirts. That’s fine for fans, but it’s not memorabilia. You can, however, occasionally find iconic pieces like the “Skull and Roses” poster from 1966, which gave the band a unique logo – but an original will cost close to £3,000.

Oddly, crew jackets and clothing is much cheaper, in the £200-300 range, although a tee shirt owned by Garcia will set you back £500, if you can find one. Even Grateful Dead tour tee shirts have gone up in value – a collection of 22 went at auction for £600, and one rare early shirt from 1971 brought £60 by itself. Autographed material, especially LPs, is especially desirable, costing around £500.

Garcia was also an artist, and sold lithographs in limited runs. These do come up for auction, but expect to pay in the £500-750 region for one.

There’s no shortage of concert posters from the period for sale, and the artwork is exceptionally beautiful. Quite a few received second printings, to be sold as art, so you need to be aware of exactly what you’re buying – and also whether it’s authentic or fake, since forgeries of posters abound. Take the time to do your homework. Most of the good posters appear at auction or through a dealer rather than an outlet like eBay, and prices can run up to several thousand pounds for truly rare items.