Memorabilia to Invest In 2000 & Onwards 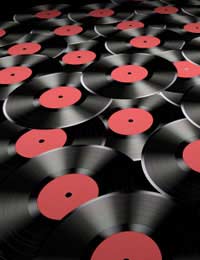 The value of memorabilia rises due to both scarcity and the passage of time. Those, at least, are two of the main factors, the other, and possibly the biggest, being the desirability of the item and the artist concerned.

If you're looking for newer memorabilia for investment purposes, then you're hoping to buy low, hold on to the items for a while and sell at a big profit. The problem, of course, is what to buy. What likely to rise significantly in value over the next few years?

What Not To Buy

There are effective guidelines on what to avoid. In most cases you're better off by-passing things that are associated with mainstream pop stars (there are a few exceptions, such as Madonna, and possibly Britney Spears). Nor will the vast majority of bands ever have items that will truly appreciate in value.

Don't have anything to do with mass-produced items of any kind. By now the merchandising industry has become so large that they'll really have no long-term value at all.

Also, don't imagine that every item by collectable artists will go up in price, either. The vast majority won't. You need to be very selective about what you purchase. Simply buying a large selection and hoping for the best isn't going to work.

Of acts active since the Millennium, there are very few where good memorabilia is likely to rise in price (and remember, please, that nothing is guaranteed). Of those, most have been around quite a while. That means, for instance U2, Madonna, even the Rolling Stones, along with Nirvana (especially the late Kurt Cobain - a significant star, now dead, has value, however crass that sounds), Pearl Jam, R.E.M. and a handful of others.

The problem is that there have been very few new artists who've made an impact on the memorabilia market. One of the very few who might achieve significance is Radiohead, but finding good memorabilia could prove to be a difficult task, and even they aren't exactly a brand-new band.

One area ripe for greater exploitation is punk, especially the years 1977-79. Those who grew up and were affected by it are now in their middle years, and many have disposable incomes and nostalgic urges. It could also be worth investing in significant items from the 1980s, although only from a few bands like the Cure, Siouxsie and the Banshees and Culture Club, and possibly Duran Duran.

Anything you buy should have provenance - you should be able to document its link to the artist, otherwise it has no value at all. With that caveat, the more unique the item, the more collectable it will be. But not all uniqueness is equal. Clothing from Kurt Cobain or Madonna will be worth more than, say, a jacket worn by Bono. On the other hand, an old collected set of U2 singles, put out together in the early 1980s, will probably be worth more than a Madonna single, however rare.

These days set lists have little value, since most are printed on computers, giving them no individuality. Among the very best items you can buy are handwritten lyrics, especially an earlier (but recognisable) version of a recorded song. The more the item relates to the artist's music, the more valuable it should become.

Think before you part with your money. Ask yourself why someone would want this item in five or ten years. Does it have any great significance? Is it truly rare? Also, is it worth the money someone is asking right now? If you're brutally honest, you'll reject at least seven out of 10 items - and be better off for it.

You might also try focusing on a single artist and amassing a good memorabilia collection of just items relating to them. Again, be careful who you choose.

There are bargains to be had in memorabilia of these artists, and some of the items are likely to go up in price quite steeply. Just use your head, not your heart, and you'll end up ahead.