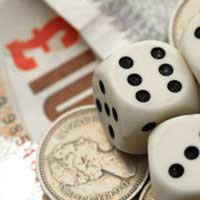 Everyone has their favourite artists and bands. For most of us it’s enough to buy CDs or download music. If it’s someone you really like you might buy a book on them and read magazine articles, and pay money to go and see them perform.

But then there are those who are real hardcore fans, who want to know everything about their idols and feel closer to them. That’s the main audience for music memorabilia. They want not only the songbooks and pictures, but the autographs, the instruments, set lists, and any kind of souvenir they can find.

Those were the first collectors, and you can still find plenty of them. For them it’s a way of inhabiting a space next to the people they admire, of touching something they touch, playing the same guitar, and hoping that the magic somehow rubs off onto them. Those are the true obsessives.

For others it’s a hobby, little different from collecting stamps or something else, simply a collection and nothing more.

However, these are all the people who are doing it for what might be called pure motives, because they have a love and reverence for the artists involved. They’re happy to spend money, often a lot of money, to add to their collections, and the rarer the items, and the more personal, the better. In the case of some artists, people can end up with collections that are worth far more than their houses.

The other, and more recent, reason to buy memorabilia is as an investment. Prices have shot up in recent years, certainly on major acts, and show no signs of coming back down.

The upshot of that has been an influx of people who see the investment possibilities in memorabilia, and are eager to get a slice of the money. By buying at relatively low prices, later they can sell at what they hope will be large profits. Of course, relatively low is changing – the greater the demand, the more prices spiral upwards.

Of course, the people who are hardest hit by this are the fans who are the true collectors. The more demand and competition there is for memorabilia – and real memorabilia, by its nature, is limited and often unique – the more the prices rise, putting items out of their reach.

Some investors are fans too, of course, and combine their interests. But their devotion isn’t so great that it comes before making money. After all, the only way to do that is by selling what you’ve bought.

Many investors, though, are simply in it for a quick buck. They know the market, what’s desirable and what’s not, and often possess a shrewd idea of what will be hot in the future. It’s all a gamble, of course, but the odds are a little stacked. Certain iconic groups, like the Beatles or the Doors, will always have memorabilia that keeps appreciating in value. There are, of course, a number of others, and certain items, like Clapton-owned guitars, that will never lose value.

Those virtually guaranteed profitable items are, unsurprisingly, the ones that cost the most, and are in the greatest demand.