The Doors and Memorabilia 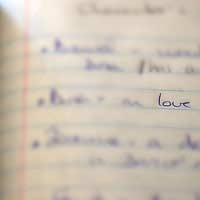 Some bands go in and out of fashion, but the Doors have maintained a constant popularity, even though the band effectively ended in 1971 with the death of their charismatic singer, Jim Morrison. Indeed, in spite of several classic albums, it’s Morrison who’s largely responsible for their appeal to collectors, a doomed poet whose life was cut short in Paris by a suspected drug overdose. The 90s film, The Doors, brought a renewed surge of interest.

Material pertaining directly to Morrison fetches higher prices than items about the group, with handwritten lyrics the most desirable of all – a partial sheet of lyrics for L.A Woman was being sold for £7,500, and that’s not an uncommon price. However, there’s a brisk trade in all Doors memorabilia, especially concert posters.

One note about posters, however, many offered on eBay imply that they’re original 1960s printings. But unless they specifically state that, and can prove it, be extremely wary. Watch out, too, for Doors concert posters that display not only the date of the show, but also the year (the originals would never have the year on – it wouldn’t be needed).

Bearing in mind the caveat about posters, they can be a good investment. At the lower end you can expect to pay around £300 for an example in good condition, but rarer items can go as high as £1,750. Even tickets don’t go too cheaply – but at £125, an unused ticket from 1967 might be overpriced.

Autographed items with signatures of all the members are what everyone wants, and fetch the highest prices. One dealer was asking almost £2,000 for an autographed promotional LP, a price that’s not especially outlandish, especially as another autographed sheet was on the market for the same price. By comparison, and as an indication of Morrison’s appeal, a piece of sheet music signed by three members, but not the singer, brought only £120 at auction.

Photographs are good value, and some of the cheapest Doors items on the market, with good, unpublished sets going for £150-200. It’s no surprise, perhaps, that Morrison is the focus of most of the photographers.

You can find Doors sheet music from the period, although its value isn’t that high, in the £10-15 range, and unlikely to ever increase much.

Morrison’s handwritten lyrics go for great prices, but as an indication of how eager collectors are for anything connected to the man; a dealer sold a photocopy of his will, which went without problem for £10. It’s a small sum, but shows the continuing fascination with the myth. Morrison was also a published poet, and examples of his writing, particularly unpublished ones, have fetched exceptional sums at auction. In December 2006, Christie’s sold two handwritten poems by Morrison. The first went for £25,000, and the second for almost £12,000, a signal that the demand for Morrison and his collectability keeps increasing.

You’re going to find Doors memorabilia at auction or through dealers. The most impressive items, like those Morrison poems, will be sold by the top auction houses, but look around a little and you can find other auctions with more reasonable prices.

Be very cautious about eBay, since you’re mostly going to find reproductions and forgeries. It is, however, possible to find genuine photographs and some authentic posters if you’re careful.