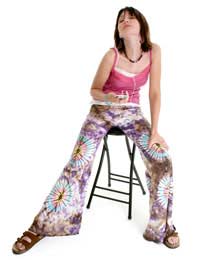 Of all the San Francisco bands, the Grateful Dead stand above and apart. They lasted longer than all the others – until 1995, when guitarist and de facto leader Jerry Garcia died – but also continued the hippie ethic that had been part of their birth. They not only allowed, but encouraged, fans to tape their concerts and exchange those tapes (there’s a whole subculture of Deadheads who exchange tapes and CDs), making bootleg recordings worth very little.

Really, the idea of buying and selling Grateful Dead memorabilia probably goes against the band’s ethos, but it’s there, and a number of their old fans are quite well-heeled these days and eager for mementos, even something like a Jerry Garcia designed tie or the lithographs of his artwork. Hippies they may have been, but the Dead became a big business machine.

Of course, you can find reproduction artefacts everywhere online. But that’s exactly what they are, with no value as either collectables or investments. They’re mass produced (even those ties), and actually selling more than ever, as the Dead might be gone, but anything but forgotten.

You’ll come across more concert posters than anything else, but before you buy, either from a dealer or auction, take the time to educate yourself. Prices vary wildly, anything from around £50 up to several thousand. It depends in part on the era (the earlier the better, in many cases), the rarity of the particular poster, and whether it’s a first or second printing – with several other variables involved. To buy wisely, you need to take the time, and ask the questions (there are many fan sites) to learn about the different posters and their value.

Much the same applies to tickets, although they’re a lower priced item – but they still sell. Real Deadheads keep theirs, of course, but there’s a market, especially for the older ones, and unused tickets command a premium.

Vintage Dead tour tee shirts sell (but you have to be certain you’re getting real ones and not modern copies) as do crew jackets and shirts, although the prices are quite low. It’s rare to find any clothing directly associated with band members on sale, but a Garcia worn tee shirt sold at auction for almost £500.

Autographs don’t come up too often, but they’re actually not too expensive – an album cover signed by most of the band only reached £500 at auction, making it quite an affordable artefact. Anything with Garcia is particularly desirable, with his artwork – limited edition signed lithographs – bringing in anywhere from £400 – 750, depending on the piece.

As all the prices indicate, Dead memorabilia is still reasonably affordable, and in all likelihood a good investment for the future, as prices will increase. Posters are likely to see the biggest price jumps, but it’s a minefield area that demands knowledge. However, most authentic items that are Dead-related will likely rise significantly in price over the years.

With the Dead your options for quality items expand from the usual network of dealers and auctions. A number of fans who’ve collected memorabilia over the years do sell their items, or at least some of them, usually online through their own sites, so it’s worth checking regularly.

Be especially cautious with posters offered on eBay. Many will infer that they’re authentic, but prove not to be.

The majority of items will still come through dealers (Wolfgang’s Vault has pages and pages of them) and auctions. It can be well worth bidding on items in case they end up selling for a low price.