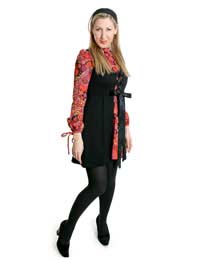 The 1960s brought a revolution not only in music but also in clothing – a couple of revolutions, in fact. First there was the new British sense of style, typified by Carnaby Street, the mini skirt, the fashions of the Mods and groups. The second came with the hippies, with its colours and the psychedelic clothing. Musicians wore both, and the clothing they possessed have become big-ticket items in rock memorabilia.

It’s the big names of the period whose items are in demand, of course, the ones who have resonated through the years. The more distinctive the item, the better (let’s face it, the idea of a pair of jeans owned by a musician has very little allure) – there has to be some distinction and style to it.

Essentially, two musical icons stand out for their clothing in the 1960s – the Beatles and Jimi Hendrix. However, if you’re looking for something they once wore, you’d better be prepared to go to an auction and spend a lot of money. You’re not going to find good clothing items from any major 1960s star on eBay (indeed, you should be very suspicious if any is offered) or dealer. If it’s really worth selling, it’s going to make the best price at auction.

By far the most desirable items, Beatles clothing brings the highest prices at auction. The period doesn’t matter – hardcore collectors (often a chain like Hard Rock Café) are willing to pay whatever’s necessary to obtain the clothes. A John Lennon military jacket (one he was pictured wearing on the cover of Life magazine) sold for £175,000, whilst a complete set of Beatles suits from 1964 racked up the far more modest £15,000. Even the Beatles suits that once clothed the figures at Madam Tussaud’s have been sold at auction for five figure sums.

Where there’s money to be made, there are forgeries, and people have tried to pass fake clothing off as Beatles items – thankfully, it’s rare, and was restricted generally to accessories like cufflinks. Since there’s just a small amount of real Beatles clothing that’s been put up for sale, much of it has excellent provenance, so the dubious items have largely disappeared. However, watch out for things claiming to be authentic. One item, a tag from a clothing company “that made the Beatles clothing in the 1960s” offers the impression it was for clothes the Beatles wore; if anything it was for merchandise clothing. Nothing associated with Beatles clothing that they wore would be offered for less than $10 on an Internet auction site.

There’s still a strong market in Beatles tee shirts, in all kinds of Beatles related clothing. For true vintage stuff, however, you’re most likely to find it in exhibitions – it’s not surprise, perhaps, that their hometown of Liverpool has a few items.

There’s officially licensed Jimi Hendrix clothing, but in all honesty, that’s as close as you’re likely to get to anything he wore. The items that come up, which tend to be few and far between, are snapped up, usually by institutions like Experience Music Project (the owner, Paul Allen, is a billionaire Hendrix fanatic).

The archetypal hippie, Hendrix’s loud, colourful clothing made him stand out in London, and was widely copied. But his nomadic existence meant that many possessions were lost – and more could easily be acquired.

There are instances of clothing from many major artists, such as Jim Morrison (singer for the Doors) or the Rolling Stones, but the items tend to be few and far between. In truth, few items of rock star clothing from the period have survived, and where they have, it’s generally more by accident than design.